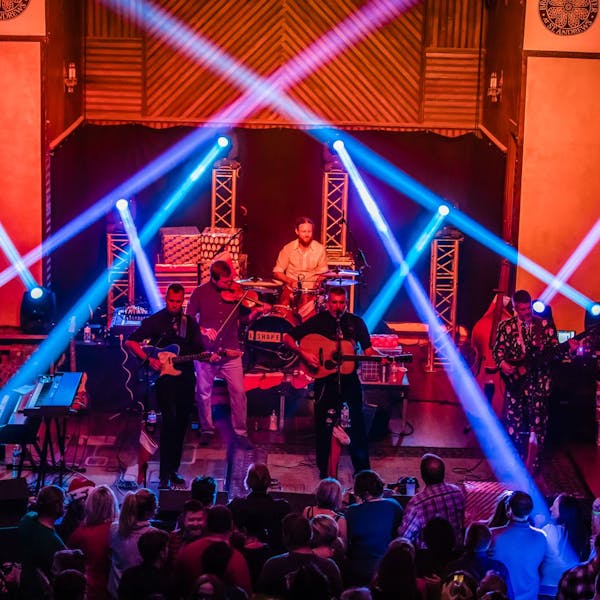 Their high-energy live shows have become a hot ticket at both night clubs and music festivals of all types. This group of veteran musicians has been perfecting their sound for over 10 years. Its genesis was the steady train-like acoustic guitar layered over a sturdy country/bluegrass rhythm section with Eric Miller’s booming baritone roots vocals. But it came into full bloom when Alex Lanier brought his blistering proficiency on both acoustic guitar and a Fender Telecaster to the mix. In 2009, the band completed their second full-length studio release, Looks Like Snow, and earned excellent press and numerous honors including Encore Magazine’s Best Band and The Beat Magazine’s Best Country Band.  In 2011, L Shape Lot was invited to perform in the prestigious Under the Radar Series at Virginia’s Floydfest.  They were voted winners of the competition and will be returning for a performance on the Dreaming Creek Main Stage at Floydfest XI in July 2012.

So what can you expect at a live L Shape Lot performance? Expect to hear music ranging from solid originals to classic country, to traditional bluegrass, to unique blends of all genres. Expect to dance even if you aren’t good at it. Expect knowledge of and respect for multiple musical genres and a passion for weaving them together. Expect to see four gentlemen with the utmost dedication to professionalism and showmanship having the time of their lives and doing their best to make sure that their audience does the same.

Back to all events